Mark T. Mannette is the Director of Theatre at Newman University in Wichita, Kansas. Previously, he was Director of the Theatre Program at St. Andrews University in Laurinburg, North Carolina. As an arts entrepreneur, he has founded several entertainment- based companies including Port*Star Productions, a video & theatre company; Golden Duck Productions, a children’s theatre and mystery dinner theatre; the Playwrights’ Round Table (co- founder), a non-profit playwrights’ organization; and Drawbridge Entertainment.

Mr. Mannette was also Artistic Director for a number of theatre companies and has directed numerous plays throughout the United States. He earned his MFA from Mary Baldwin College in partnership with the American Shakespeare Center in Shakespeare and Renaissance Literature in Performance with a concentration in directing. For his thesis project, he created a performance-based edition of William Haughton’­s Englishmen for my Money.

A member of Actor’s Equity Association, Mr. Mannette has acted in over one hundred and fifty stage plays in Maine, New Hampshire, Connecticut, Massachusetts, Minnesota, Montana, Maryland, North Carolina, Virginia, Kansas and Florida. Recently, he appeared in the Lone Chimney film Home on the Range.  As a playwright, he specializes in writing plays on historical subjects and family entertainment. His play, Dr. Phillips and the Rainmaker, was published in the fall of 2003 in It’s About Time. 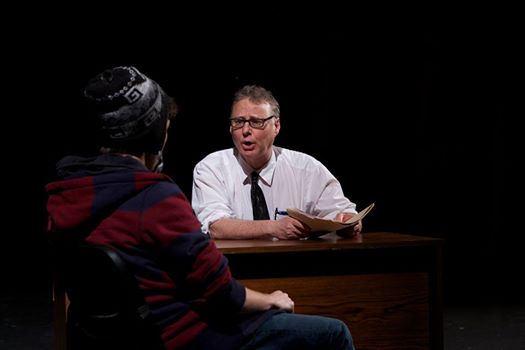