This is dramatic adaptation and translation of Inferno, Dante’s first book of his Divine Comedy.  The work maintains Dante’s division of 34 Cantos and is written in blank verse, giving it a Shakespearean feel.  Virgil guides Dante through all the levels of Hell, encountering sinners and their tormentors at every level until they finally reach Satan in Canto 34.

In early March of 2020, A full multi-media production was produced at Newman University. The production featured dance, film projections, puppets, mask, and other special effects.

Several cantos have been staged at various events at Newman University. Most recently on November 28, 2018, as part of An Evening of Dante, that featured Stanley Lombardo reading from his translation, Newman students performed cantos 3, 13, 21-22. 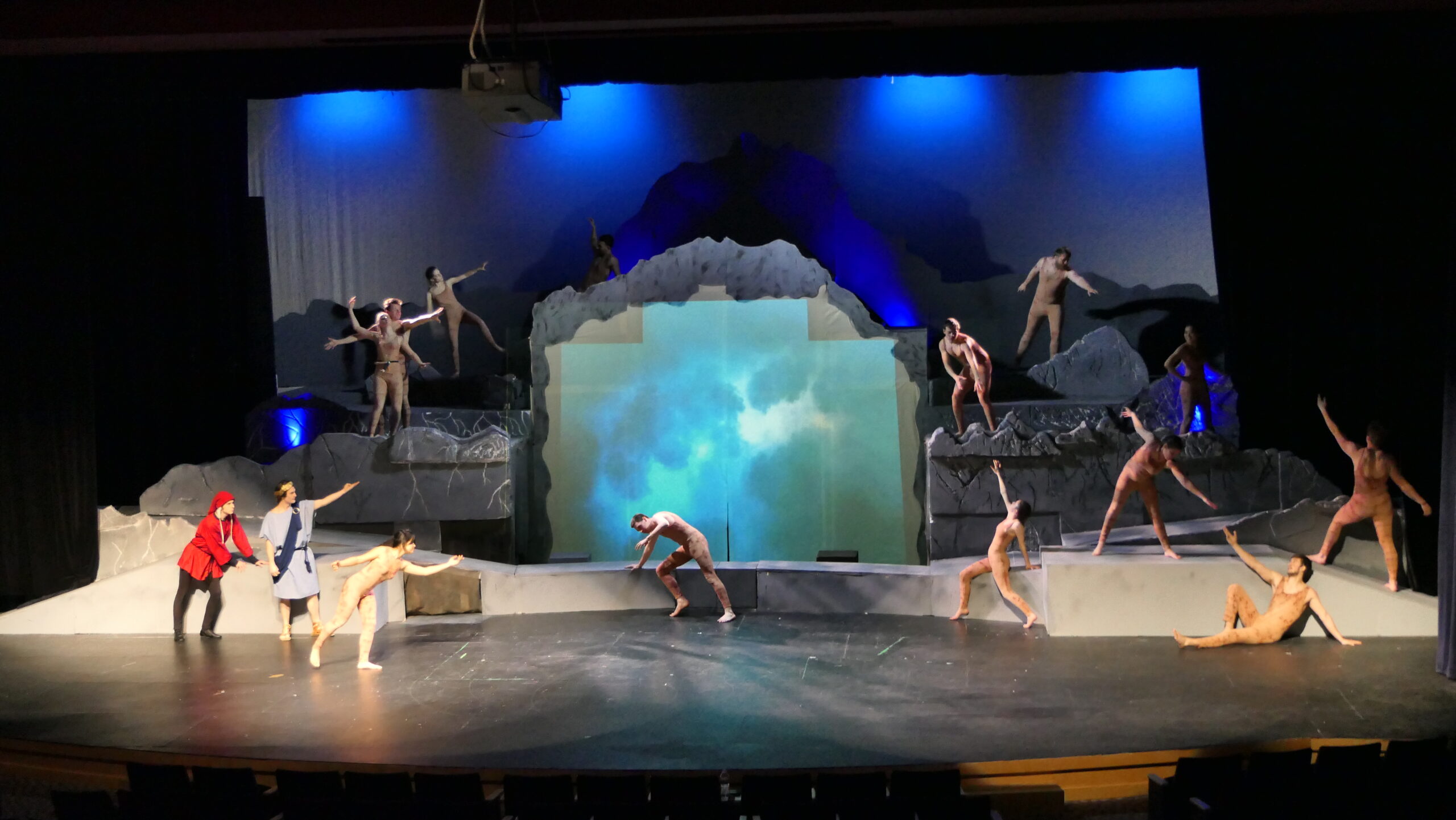