A hard boiled detective is broke and starving. A mysterious call from a woman draws him to a shady part of town where he discovers the woman murdered. He soon finds himself tied up and kidnapped in the midst of a Web of Deceit. Filled with obscure dialogue, a chess game, and numerous twists and turns all in ten minutes.

First produced as part of a 24 Theatre project at St. Andrews Presbyterian College in January of 2010. 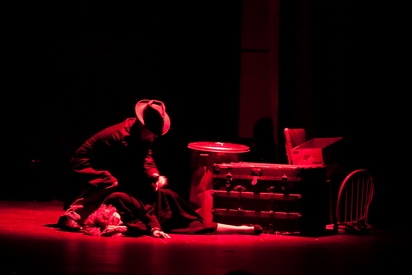