Arthur Baron runs a travelling theatre company.  They are currently presenting A Christmas Carol, but he has been mistreating his actors.  He hits on the women and is verbally abusive to the men.  It should be no surprise then that he suddenly dies at the approach of The Ghost of Christmas Yet to Come.  But, how did he die?  Who killed him?  And more importantly how are they going to finish A Christmas Carol without Scrooge?

The production was first produced at the Grand Chapel in Wichita, KS, December of 2014. 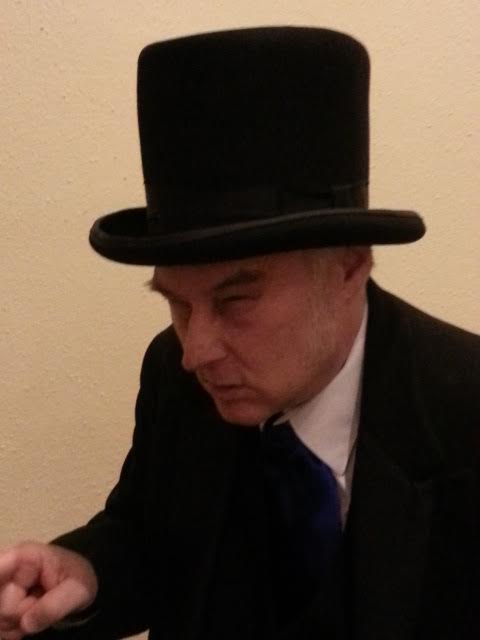